June 14, 2010
Nothing tells a story quite like pictures, so you'll find plenty in this post. But first, a few fun facts about Sequim. It is pronounced without the "e" sound. I explained it to my kids this way, "It's like you're saying 'swim' with a 'qu' before the 'w'." This town boasts the most sunshine on the Olympic Peninsula along with the least amount of rain. Even so, this small country town is lush with farmland that includes numerous lavender fields for touring (Lavender Festival is held in July), and is home to the Dungeness Bay. Think lots and lots of crab! I was immediately smitten with Sequim. Now you'll see why: 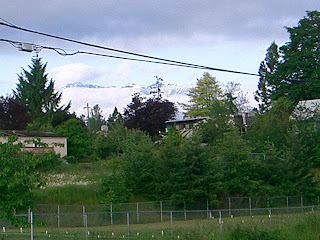 Our first views of the Olympics came the morning after we arrived. The peaks peeked through the clouds beyond the sleepy town. 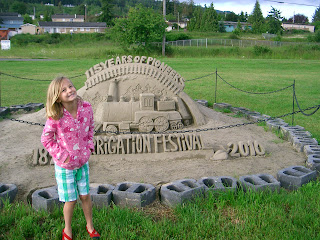 We found a monument to the Irrigation Festival - a sand structure - right in the middle of town! Not sure if we just missed it or if the festival is upcoming. 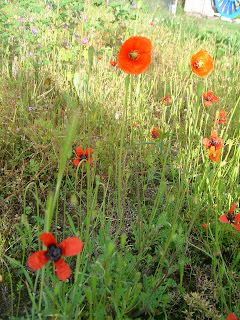 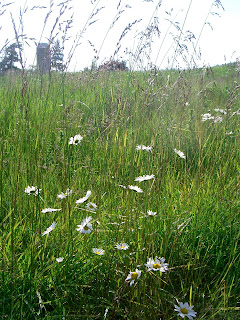 The lavender was not yet in full bloom, but many wildflowers were and we took them in during the morning hours before we started our trip further west to the coast.


One of the day trips from Sequim that we were unable to take (mostly because of traveling with young children) is the lighthouse hike. It is recommended that you plan for at least five hours total for this trip. Many travelers have recommended this hike that includes the Dungeness Spit, lighthouse, and wildlife refuge. If your children are old enough to take an extended hike, this would be an amazing experience! You can pack a lunch to eat on the spit, but be sure to check the tide schedule to be sure you won't be wading while eating!
Tomorrow, we start heading west... slightly... with a stop in Port Angeles and our first trip into the National Park.