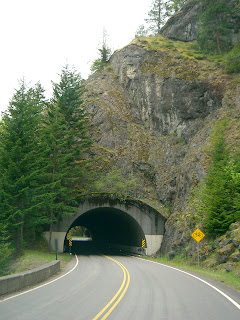 There are several tunnels as you make the climb to Hurricane Ridge. Each one is short, but certainly adds to the beauty and charm of the mountains. Hurricane Ridge is named for the fierce winter storms that create it's snowy peaks, but in the summer months the driving is easy with views that go on for miles. This is one of the most popular stops in the park and you can expect to see wildlife! We certainly did: 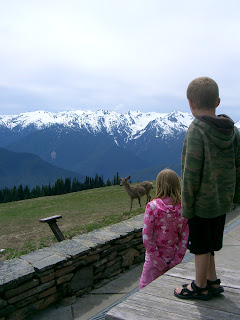 Black tail deer are common in the peninsula making higher elevations their home in the summer and migrating to lower heights in the winter. Although the views are stunning, the highest peaks in the Olympics are still under 6,000 feet. 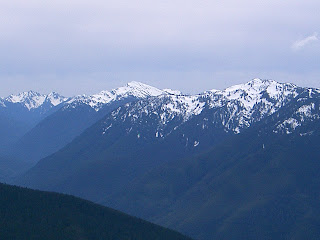 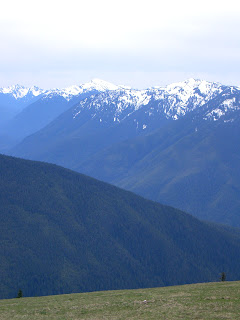 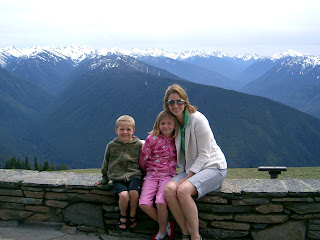 For the record, it was not warm enough for shorts in June. By the ocean we were dressed perfectly for the temperatures. At this elevation, there was still plenty of snow! 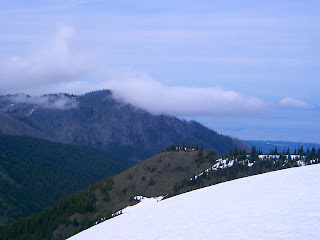 This is the view to the north from Hurricane Ridge (snow in the foreground). You are absolutely as high as the clouds and you see the Juan de Fuca Strait on the right of this photo.

I'd recommend stopping at a few of the pull-outs either on the way up or down the mountain. The views are equally spectacular in a different way: 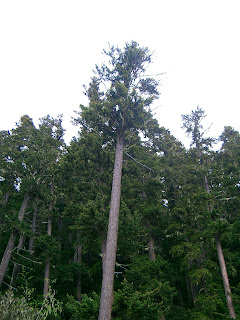 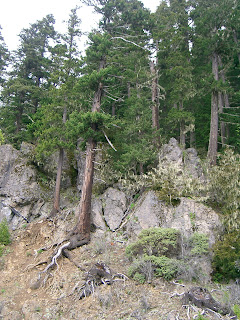 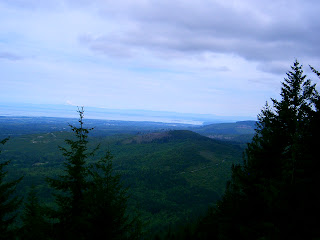 We're almost to the open Pacific and the wild coastline that stretches from north to south! We still have one more stop on the way. Twilight fans: next stop Forks!